A seminal meeting in the Age of Enlightenment. It all started with a marriage. An illustrious servant of the king, squire Jacques de Bergeron took Marie Dejean, heiress of the vineyard, for his wife on 30 May 1720 in the church of Saint-Julien de Reignac.

Under the stewardship of this well-regarded member of the Bordeaux Parliament, the wines enjoyed wide distribution, especially in Scandinavian countries. Bordeaux municipal archives dating from the Revolution record that the authorities confiscated a sword and a pistol from some Swedes who were visiting the château.

A native of Béarn, dynamic merchant and founder of his own trading house, Bertrand Ducru acquired the property in 1797. His love for the Médoc growth led him to make major investments in both the cellars and the vineyard. So much so that his successors decided to add his name to that of Beaucaillou. This tireless builder made a powerful contribution to the estate’s reputation by developing the land and transforming the typical Gironde house into an elegant Directoire chartreuse overlooking the estuary.

Baron Antoine-Auguste Ravez (1797-1857) married Marie-Louise Ducru, daughter of Bertrand Ducru and Marie Duluc. His father, Count Auguste Ravez (1770-1849), lawyer, Peer of France (1829-1830), MP for the Gironde (1816), Speaker of the Chamber of Deputies, Under-Secretary of State for Justice (1817-1818), replaced the traditional glass of water used by parliamentary orators with a glass of Ducru-Beaucaillou, to honour his daughter-in-law’s wine. Bertrand Ducru died in 1829. His two children then ran the estate. In 1860, Marie-Louise Ravez bought out her brother, Jean-Baptiste Gustave Ducru, and became the sole owner.

Under her stewardship, the property saw great improvements in quality within Saint-Julien and the growth was the most expensive in the appellation at this time. Consecration came with the 1855 classification : Château Ducru (Beaucaillou) was given a noble position on the second step of the Bordeaux podium.

On 3 March 1866, Ducru-Beaucaillou was sold to Lucie-Caroline Dassier, wife of merchant Nathaniel Johnston. This brilliant engineer, with a passion for the Médoc, surrounded himself with the best experts and brought a breath of modernity to the property.

In 1878, two years after the death of his first wife, Nathaniel Johnston married Princess Marie Caradja of Constantinople (1854-1910), daughter of Prince Constantine of Turkey.  Wishing to embellish Ducru-Beaucaillou to be in keeping with the quality of its wines, he had the famous architect Michel-Louis Garros put up two Victorian towers to frame the original chartreuse, while his disciple Eugène Bühler created a landscaped park planted with rare species. Through his prescriptions, the château, one of the most sumptuous in the Gironde, became a byword for luxury, sophistication and exoticism.

Thanks to the loyal efforts of the Johnstons, embodying the spirit of Bordeaux and of high-level trade, the wines of Ducru-Beaucaillou acquired an international aura.

In 1884, with the help of his manager Ernest David and Alexis Millardet, he developed the famous “Bordeaux mixture”, very effective against downy mildew, Plasmopara viticola, a fungus originating in the United States in the 19th century that quickly infested the entire French vineyard. In 1904, Nathaniel Johnston became the first president of the Syndicat des Grands Crus Classés du Médoc.

World War I, the Bolshevik Revolution of October 1917 and American Prohibition (1920) severely affected the Johnstons’ business. Heartbroken, they sold Ducru-Beaucaillou in 1928.

Fernand Odon Desbarats, an ebullient Médoc wine merchant, married Mary Butler de Burke, daughter of a powerful English family settled in Ireland, who among other activities had a wine import business that distributed the wines of this zealous Bordeaux merchant in particular. By using Mary’s dowry, the couple acquired Ducru-Beaucaillou in 1928.

Having endured the catastrophic effects of the Great Depression combined with the difficult decade of the 1930s, with its series of poor vintages, they put the property up for sale after having managed it for only ten years. The property was slow to sell, and it was finally in 1942 that Francis Borie, already owner of a grand cru in neighbouring Pauillac, took the reins. 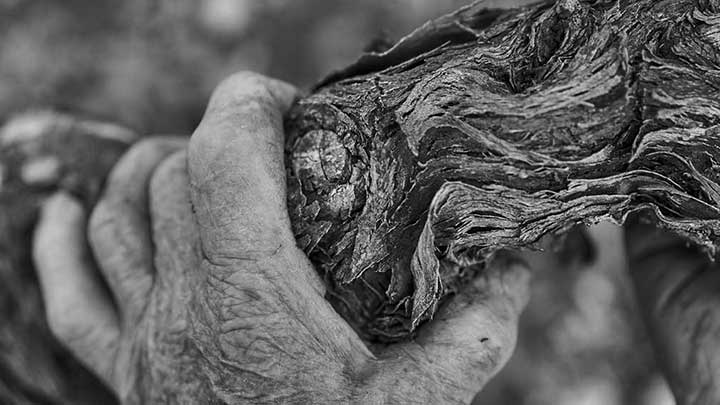