The French art of living

Ducru-Beaucaillou is also a purely eighteenth-century aesthetic, an elegant practice of pleasures, a refinement of the senses, a hospitality that is true to the Médoc. 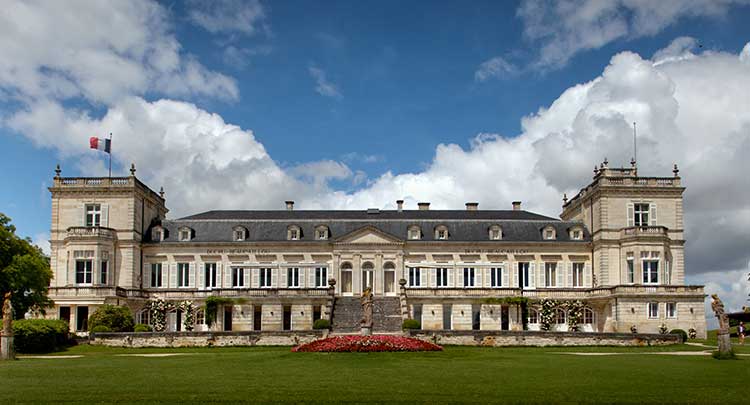 The beauty of the site predisposes the soul to this exceptional growth. On this vast estate of 105 hectares of vineyards in the Saint-Julien appellation stands an elegant building in the Directoire style. A model of its kind. Its neo-classical architecture matches the intimate harmony of vine, sky and water. The raised ground floor gracefully follows the natural level of the land, gently sloping towards the banks of the estuary.

It was in the 1820s that Bertrand Ducru entrusted Parisian architect Paul Abadie with the construction, on the original Gironde house, of a Directoire “chartreuse”, a style fully in favour at the time. The living floor overlooks the cellars and, to the east, the Gironde estuary, on which the heavy traffic in the 19th century offered the spectacle of a navy constantly on the move. The fourteen bay windows form the central façade, topped by a triangular pediment. The side windows and French windows, decorated with a modillioned cornice, feature moulded frames. These, in turn, are topped by a slate roof with sloping sides and skylights.

At the end of the 19th century, wishing to embellish Ducru-Beaucaillou to be in keeping with the quality of its wines, and the prestige of his wife Princess Maria Caradja of Constantinople, Nathaniel Johnston IV called on Michel-Louis Garros, a native of Barsac in Gironde, a student of the École des Beaux-Arts in Paris, and winner of the Grand Prix d’Architecture in 1887. The famous architect put up two Victorian towers with balustraded terraces on the north and south sides of the old chartreuse, giving a more majestic configuration to the whole building. He redesigned the general layout of the château and luxuriously decorated all of the reception rooms in the Victorian style.

The estate was not neglected, however, with the construction of a remarkable horseshoe-shaped building. On the ground floor it housed stables, barns, garages and workshops. Upstairs, staff quarters and hay barns, naturally ventilated - in a very ingenious way - using brick lattices facing the north wind. 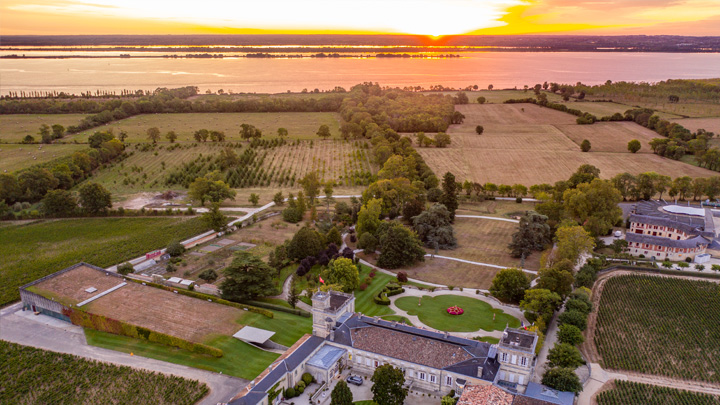 A five-hectare park, sloping down to the river, completes this exceptional heritage site. The landscape architect Eugène Bühler, a famous disciple of Michel-Louis Garros, designed it with flower beds, winding paths, a pond and a vegetable garden surrounded by rubble walls and planted with trellised pear trees, and a beautiful wrought-iron greenhouse.  In the park, nicely laid out on three successive terraces, statues of Diana, Bacchus and Demeter offer their necks to the sun, as if to celebrate the family attachment to Mother Earth. Century-old trees, proud witnesses of the estate’s history, seem to be on guard; like the sumptuous Ginkgo biloba that greets the slow course of the clouds over Château Ducru-Beaucaillou with its golden plume. Majestic blue Atlas cedars and green cedars of Lebanon, Sequoias sempervirens, Magnolias Grandiflora, Japanese red maples, Liquidambars, lime trees... Roses with swollen hearts and rhododendrons of delicate shades brush each other lovingly under a light breeze.  In the distance, forests and pastures whisper their secrets to the estuary. Whatever the season, the magic works. 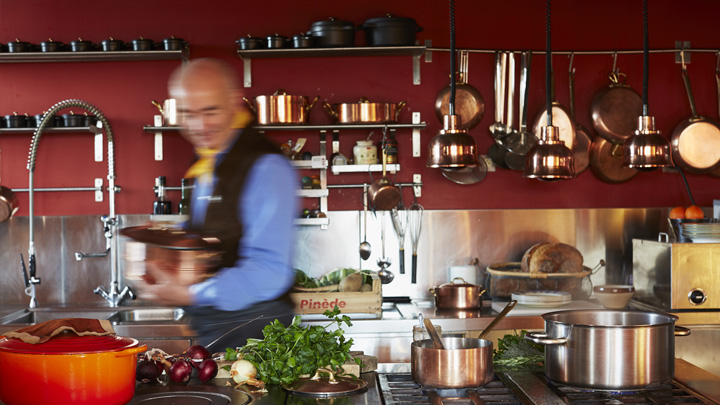 At Ducru-Beaucaillou, the flavours of the Médoc terroir and the wines converse in complicity and with esteem. Always a well-matched and happy conversation.
You only have to step inside the château’s kitchen, with its magnificent copper pans, its sophisticated rotisserie, to understand what is essential here. Here, the rituals of the table are loaded with memory, meaning and mood. Watching Bruno-Eugène officiate, we can say that to love or to cook is basically the same thing. At Ducru-Beaucaillou, everything finishes at the table

At Ducru-Beaucaillou, everything finishes at the table

Friendly and professional relations. Bruno-Eugène cooks because he can’t forget. The pot-au-feu concocted with vegetables from the garden under the watchful eye of his grandmother; the cep mushrooms furtively picked in the surrounding woods or the woodcock once found near Laubarède. In his cosy lair, he interprets the local gastronomy, born from the old land, the river and the nearby Gascon ocean. That of Alcide Bontou, “the Bordeaux Vatel”, described by Curnonsky as a “great chef” and “fine gourmet”. But no ostentation, no exaggeration, just the intelligence of the product that Bruno-Eugène never ceases to exalt. His authentic, crafted, partisan, sincere cuisine speaks tirelessly of who he is. 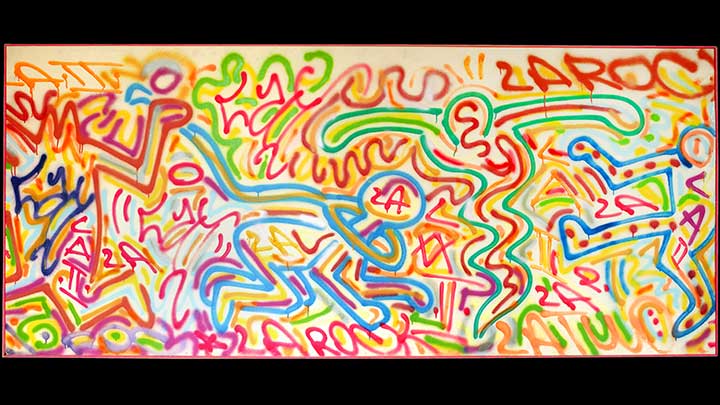 Keith Haring, Carl André, Christian Boltanski, Annette Messager, Claude Viallat, Jean-Pierre Raynaud, Jean-Marc Bustamante, so many immense artists who have made their home at Ducru-Beaucaillou. Inspired by the cultural effervescence of the CAPC years in Bordeaux, Bruno-Eugène Borie became an art collector. It was only natural to ask Andrée Putman to design the first virtual bar on the Internet for Lillet, to ask Daniel Buren to “refresh” the image of the 1855 classification, to ask Jade Jagger to create the label for “La Croix Ducru-Beaucaillou” or to ask Sarah Poniatowska to decorate the interior of the historic building.

The company of books is equally appreciated here. The latest translation of Virgil’s Georgics, Olivier de Serres’s Le Théâtre d’Agriculture, Le Contrat naturel by Michel Serres and also Jim Harrison’s Legends of the Fall, from which Bruno-Eugène likes to quote. 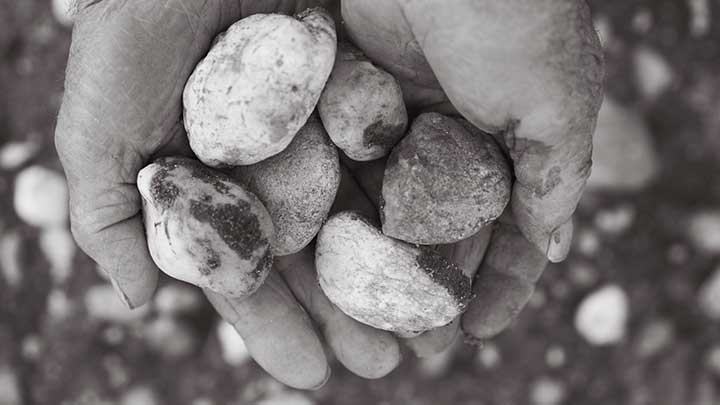