This newcomer is a selection derived from our St-Julien vineyards. An affectionate and informative name that already tells wine lovers something about its positioning and its ambitions.

Le Petit Ducru portends an introduction to the Borie signature, a courteous invitation to approach the qualities of its elders, Ducru-Beaucaillou and La Croix Ducru-Beaucaillou; from its complexity to its structure, by way of its balance and its elegance. There is, of course, a family resemblance, a wonderful complicity between the three nectars. They know what they have in common: a rigorous technical process, drastic selection, demanding winemaking. Here, barrel ageing lasts for 12 months with one-third new oak. A Cabernet-Merlot blend and depending on the vintage, sometimes with a hint of Petit Verdot, varietal that we know to be a skillful sculptor.

A nod also to the history of the estate, specifically to one of the former owners, Bertrand Ducru (1770-1829), a brilliant and worldly merchant from the Bearn region of France, situated along the flanks of the western Pyrenees mountains. Powerful and well established, he bought the property in 1797 (16 Vendémiaire, year 6) and added his surname to that of the site, which then became “Ducru-Beaucaillou”. He hired the architect, Paul Abadie, graduate of the acclaimed Ecole des Beaux-Arts de Paris, to enhance the elegant Directory-period chartreuse. But above all, he invested heavily in the vineyards and the cellar. The wines quickly rose to the summit of the appellation and Ducru-Beaucaillou obtained unanimous recognition from the Place de Bordeaux, which later consecrated it with a place in the 1855 classification.

Le Petit Ducru is a wine of balance and harmony. An elixir of youth. It is there, alive and well, a rendezvous with pleasure. Accessible from its earliest youth, uninhibited in its Chaplinesque antics. It will make for a happy dining companion in restaurants. It will make for a perfect marriage with poultry where it will bow down before its crispy, brown skin and envelop the steaming flesh with its tannins.

Le Petit Ducru tastes of Sundays. Above all, it tastes of friendship.

Le Petit Ducru tastes of Sundays. Above all,
it tastes of friendship. 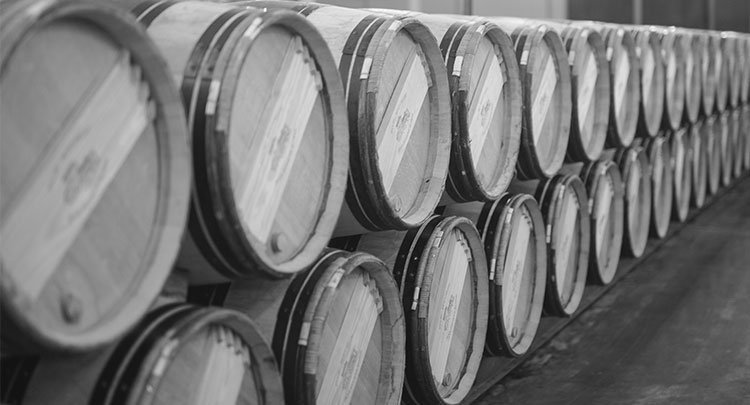